Retrieved from Wikipedia
Dornan was born in Holywood, County Down, Northern Ireland, and grew up in the suburbs of Belfast. He has two older sisters: Liesa, who works for Disney in London, and Jessica, a fashion designer based in Falmouth, England. His father, Professor Jim Dornan, is an obstetrician and gynaecologist who had also considered becoming an actor. Dornan was 16 when his mother, Lorna, died of cancer Dornan is a first cousin, twice removed, of actress Greer Garson. His grandparents on both sides of his family were Methodist lay preachers.

He attended and boarded at Methodist College Belfast,[10] where he played rugby and participated in the drama department. He later attended Teesside University but dropped out and moved to London to train as an actor.

Retrieved from Wikipedia
Dornan performed in the folk band Sons of Jim, until it disbanded in 2008. Sons of Jim supported Scottish singer-songwriter KT Tunstall on tour.

Dornan first worked as a model. In 2003, he modelled for Abercrombie & Fitch. He then modelled for a number of fashion houses and retailers, including Aquascutum, Hugo Boss, and Armani. Notable works include major ad campaigns with Dior Homme and Calvin Klein (with both Kate Moss and Eva Mendes), and he was labelled "The Golden Torso" by The New York Times.

Dornan's first acting role in a film was Count Axel Fersen in the Sofia Coppola film Marie Antoinette (2006). Dornan also appeared in the drama film Shadows in the Sun (2009), which starred three-time Academy Award nominee Jean Simmons. In 2008, he played the lead role of Ed in the Hammer Horror production Beyond the Rave.

In 2011, Dornan appeared in eight episodes of the ABC television series Once Upon a Time, playing the role of Sheriff Graham. While Graham from Storybrooke was killed by the town's mayor Regina (The Evil Queen) in the episode "The Heart Is a Lonely Hunter", Dornan stated that he would return as the Huntsman from the Enchanted Forest at some point, and he remained a regular on the series. He returned as The Huntsman for the season finale episode, "A Land Without Magic".

Dornan stars alongside Gillian Anderson in the Northern Irish drama series The Fall, playing Paul Spector, a serial killer terrorising Belfast. In May 2013, the show was renewed for a second series halfway through the broadcast of series one.

On 23 October 2013, Dornan was cast as Christian Grey in the film adaptation of Fifty Shades of Grey, replacing Charlie Hunnam. Initially announced to be released on 1 August 2014, the film was later rescheduled and released on, 13 February 2015. On 27 August 2014, it was announced that Dornan would play Dr. Allan Pascal in an upcoming Miramax film titled The 9th Life of Louis Drax, a supernatural thriller based on a book of the same name. In November 2014, Dornan was #3 in People Magazine's Sexiest Man Alive rankings.

In February 2015, it was confirmed that Dornan has signed up for the second and third instalment of the Fifty Shades film franchise – Fifty Shades Darker and Fifty Shades Freed, both of which will be released in 2017 and 2018 respectively.

In March 2015, it was reported that the BBC drama The Fall will return for a third series, revealing the fate of Dornan's character.

Retrieved from Wikipedia
Dornan had a relationship with actress Keira Knightley from 2003 to 2005. He married English actress and singer-songwriter Amelia Warner in a country house in Somerset on April 27, 2013. In June 2013, the couple confirmed they were expecting their first child and Warner gave birth to a girl in late November 2013. The couple welcomed their second daughter in February 2016.

Dornan has said, "I'm Protestant, but the word couldn't mean less to me".

Why Jamie Dornan Is About To Become Our New Man Obsession 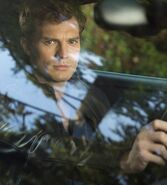 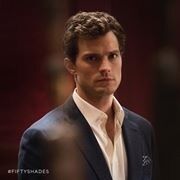