Fifty Shades Of Grey Wiki
Register
Don't have an account?
Sign In
Advertisement
in: Characters, Antagonists, Main Characters,
and 2 more

Jack Hyde is a former Commissioning Editor at Seattle Independent Publishing (SIP). He is 32 years old during the events of the series. As a child, Jack grew up in Detroit, MI. His father died in a bar fight and his mother was an alcoholic, so he was placed into foster care. When Christian's birth mother committed suicide, Christian was placed into the same foster home that Jack was in. Like Christian, Jack had a violent history as an adolescent, but was able to overcome adversity: he received a scholarship to Princeton University, graduated with a degree in English Literature, and had a successful career. However, Jack still harbored jealousy and resentment towards the Grey family for adopting Christian instead of him. He is the main antagonist of Fifty Shades Freed.

Throughout The Fifty Shades of Grey

Ana has an interview with Jack Hyde and Elizabeth Morgan for an internship. Elizabeth expresses doubt about Ana's ability, but Jack argues on her behalf to get her hired. Something about Jack makes Ana feel "unsettled".Ana begins working at SIP as Jack's personal assistant. Jack is very inappropriate towards her: encroaching on Ana's personal space, repeatedly asking her out for drinks, calling her "honey", etc. This culminates when Jack confronts Ana with her personal emails to Christian and threatens to expose her unless she provides sexual favors and tries to assualt her. Ana is able to escape, and Christian has him fired. Jack's obsession with revenge escalates: Christian not only "stole" his opportunity to be adopted by the Greys, he also ruined his career at SIP. When Christian's security team confiscates Jack's work computer, they are disturbed to find that he has been stalking and collecting information on all the members of the Grey family, especially Christian and Carrick. At the close of the book, Jack is spying on Christian's birthday party in a parked car outside Grey Manor. He witnesses Elena's departure, and we find that it was Jack who sabotaged Charlie Tango.

Jack poses as a worker for a moving company and manages to break into Christian's apartment at Escala. Christian's security team apprehends him, and he is arrested and sent to jail. While in jail, he tries to claim that Ana sexually harassed him while he worked at SIP. Elena's ex-husband, Mr. Lincoln, secretly pays Jack's bail as an act of spite against Christian for his affair with Elena. As soon as Jack is released from jail, he kidnaps Christian's sister, Mia, and holds her for a $5 million ransom with the help of his former SIP associate Elizabeth Morgan. Ana manages to foil his plan and rescue Mia. He is arrested again. Christian later finds out that Jack had a history of blackmailing his female assistants by secretly videotaping them while having rough sex with them. Christian is horrified by the similarities between Jack and himself. 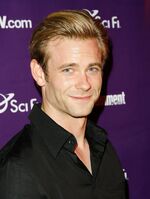